Ahmed Yehia, a well-known Egyptian dancer from the Cairo Opera Ballet Company, will be among the jury members of the first edition of the Interdanza dance competition in Livorno, Italy.

A graduate of the Higher Institute of Ballet in Cairo, Yehia is one of the brightest stars of Egyptian ballet of his generation. He joined the Cairo Opera Ballet Company at the age of 16 and became its first dancer in 2000. The same year, he won first prize in the Egyptian ballet competition.

Besides her popularity on the Egyptian ballet scene, Yehia has also danced with the company, or in smaller formations, on numerous international tours. 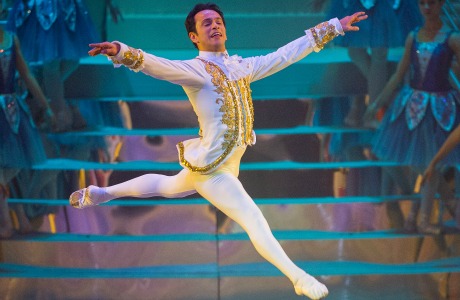 Led by Bartes, the competition brings young dancers (aged eight and up) from around the world to Italy, where from May 1-3 they will take part in workshops and perform for the jury.

The winners will be offered numerous partial or full scholarships at prestigious international ballet institutions, including the School of Dance of the Vienna State Opera, the Bolshoi Ballet Academy and the Accademia Teatro alla Scala.

Taking place at the Goldoni Theater in Livorno, the Interdanza Dance Competition is organized by the Cultural Association Arts4all Associazione Interculturale and Bell Art in collaboration with Laboratorio di Danza e Movimento Livorno.

According to the event’s website, the competition is “a unique event for this region – bringing high quality ballet from around the world to Livorno and throughout Italy. It aims to promote, stimulate and encourage young talent in the discipline of dance and choreography, as well as giving dancers the opportunity to network with peers, teachers and directors around the world.”

The Interdanza dance competition will take place from May 1 to 3, 2020. 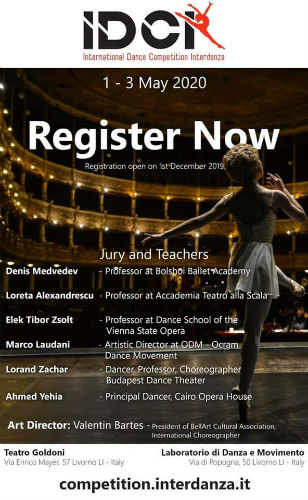 For more arts and culture news and updates, follow Ahram Online Arts and Culture on Twitter at @AhramOnlineArts and on Facebook at Ahram Online: Arts & Culture

Responding to a new report, the Paris Opera Ballet pledges to make diversity a priority in the historic institution

The Paris Opera Ballet is the oldest national ballet company in the world and is steeped in tradition. For all its grandeur and prestige, ballet notably lacks diversity and until recently was among ballet companies with a repertoire that even included blackface. However, a 66-page report released on Monday shed light on the work the […]

At the Paris Opera Ballet, Changing the forms of couture

PARIS — Couture, those handmade, bespoke garments that regularly sell in the six figures, is the upper stratum of fashion for the wealthy. Short glimpses on the slopes aside, for most of us it’s a hidden world. But couture also exists in another more accessible universe: the theater costume departments. Most notable – and perhaps […]

The head of the Paris Opera Ballet hails Japan’s “challenge”

Thanks to Louis XIV’s love of dance, French is the language of ballet and Paris has remained the center of the art for over 300 years since the Sun King’s splendid 72-year reign ended with his death in 1715. Yet for a company so richly steeped in history, the Paris Opera Ballet has earned a […]