If it hadn’t been for a simple twist of fate and a change of heart, Diana Atoian ’23 could star in Nutcracker in his native Russia rather than aspire to be an economist – or even the next Janet Yellen – in the United States.

Atoian was born in Moscow, where she lived until her father, a physicist, was transferred to America to work at Brookhaven National Laboratory on Long Island.

Shortly after landing in her new homeland, Atoian’s mother enrolled her daughter in her first ballet class at Seiskaya Ballet Academy in St. James, New York, when she was just four years old.

Her journey to Stony Brook University as an economics major and member of the Stony Brook dance team could easily have taken another direction – Atoian was so talented in ballet.

“I immediately fell in love with it and hung on to it,” she recalls. 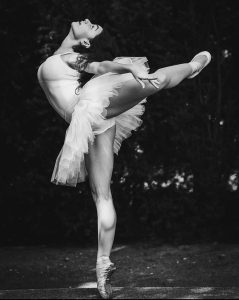 Director and ballet master Valia Seiskaya, a ballet dancer trained in Russia, established the school in 1975 train professional dancers. Many of his students have joined nationally and internationally renowned dance companies such as American Ballet Theatre, Tulsa Ballet and Ballet West.

“Valia has many connections in the dance world and knows world-famous dancers and teachers like Mikhail Baryshnikov,” Atoian said. “In addition to looking for talent, she puts her efforts into students who have the drive, artistry and passion to achieve the perfection and beauty that ballet encapsulates.”

At age 11, Atoian was placed in a pre-professional class of much older and more experienced students. When she was 15, Seiskaya asked Atoian if she wanted to accompany him to Athens, Greece, and enter the Hellas International Ballet Competition.

“I immediately accepted the offer because it was very rare for students to be solicited,” Atoian said. “All of her former students who went to compete with her overseas became the best of the best, so that’s something I was really grateful for.”

Atoian trained and prepared her two variations – well-known performance ballet solos that last between one and two minutes – for four months, then went to Greece and trained with teachers there for about a month, competing with dancers from all over the world. .

“I ended up getting third place overall and was able to play in front of the whole world,” Atoian recalled. “Valia was very proud of me, and the two months I spent with her in Greece were a real cultural awakening and something unforgettable.”

Atoian’s prize for ranking so high was a one-year scholarship to attend the Vienna State Ballet in Vienna, Austria.

“A scholarship to such a prestigious school paved the way for my entire ballet career, so it was a question of whether I really wanted to do this for the rest of my life,” she said.

Atoian, however, was enrolled in many AP classes in high school and earned outstanding grades. “That competition and the accolades I received for my ballet abilities for 14 years were not enough to turn me away from pursuing my academic goals,” she said. “I didn’t want to pursue a short career doing what I love for myself when I can spend the majority of my life using my brain for something that feels more meaningful.”

Confident in her future, she declined the prestigious scholarship and decided to go into economics. 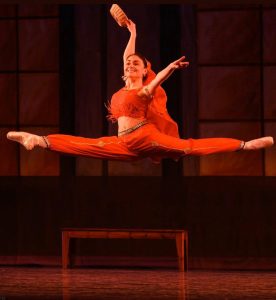 “I was trying to figure out what would excite me that wasn’t about dance,” Atoian recalls. “In the spring semester of my senior year, I started getting much more involved in my AP economics class because my teacher at Sachem High School East taught macro and micro with such passion and interest. that his enthusiasm interested me. Applying math, which I was generally good at, to real-world societal patterns and economic cycles made me even more intrigued to pursue the study.

Now a sophomore, Atoian reflects on the life she had and almost pursued, but sometimes wonders what it would have been like if she had accepted this scholarship and gone to Austria. Yet she does not regret the path she has chosen.

“Everything happens for a reason,” said Atoian, who continues to teach and dance at Seiskaya Academy. “Stony Brook gave me the opportunity to further deepen my knowledge and passion for economics, while simultaneously allowing me to expand my dance horizon by being part of the Stony Brook dance team. This team has taught me new dance styles that are the complete opposite of ballet, making it uncharted territory, but I’m completely in love with it.

After graduating, Atoian plans to earn an MBA and then pursue a career path that will allow her to merge her passion for economics and business with dance.

“After my undergraduate years and my MBA, I plan to earn money by working in a company,” she said. “I hope I can go out on my own and start my own dance studio, where I can teach and run the business, using both passions in the same profession.”

For Atoian, it’s all about travel and the destination.

“I can’t wait to see where my newfound path takes me,” she said.