By Darren Boyle for MailOnline

The director of the Vienna State Opera on Wednesday called for allegations of abuse at his renowned youth ballet academy to be fully clarified, expressing his shock at the “unacceptable” events.

Austrian magazine Falter reported a day earlier, based on interviews with former students and staff, that students at the academy had been abused and humiliated by a teacher and that some of them had then developed eating disorders. There was also an allegation of sexual abuse.

Austrian news agency APA said one teacher has since been fired and a second is currently not allowed to teach. 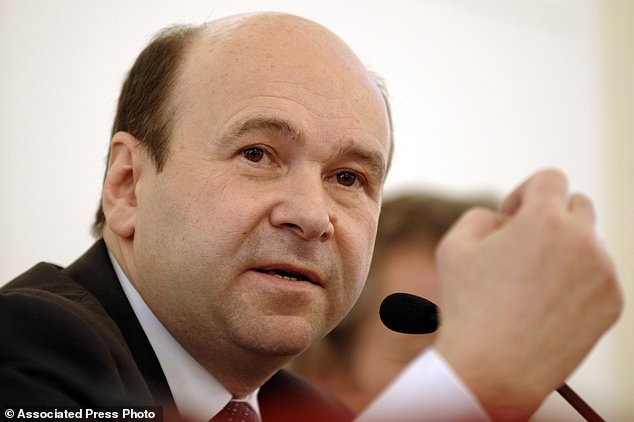 “Unacceptable things happened,” opera director Dominique Meyer told reporters in Vienna. “We want everything to be completely cleared up.”

In a podcast to accompany the report, Falter interviewed an unidentified girl who described how a teacher beat, scratched and pulled students by the hair. The girl said she herself was kicked so hard on her ankles while standing on her tiptoes that she was unable to take part in further training for two months.

She said the abuse happened when she was 14 and by the end of the school year, all of the students had been physically injured and traumatized. It is not known how long ago the incidents took place.

“We reacted too late, waited too long,” Simona Noja, the academy’s acting director, told reporters. As of Easter, the academy will offer the services of a psychologist to the students. 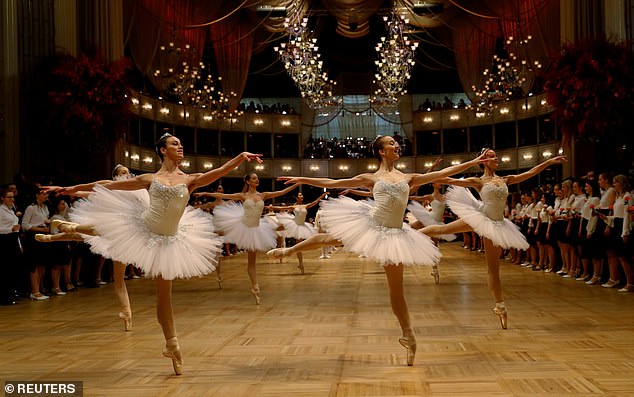 An unidentified girl has told Austrian media that a teacher in Vienna was ‘beating, scratching and pulling students by the hair’ as she was kicked so badly in the ankles she couldn’t playing for two months (file photo)

The APA news agency quoted prosecutors in Vienna as saying they were investigating the abuse allegations.

Vienna youth prosecutor Ercan Nik Nafs told APA he was aware of some of the charges in the Falter report, but others were new to him. He declined to give details, citing the ongoing investigation. Prosecutors began investigating the case in December after receiving anonymous charges.

Some 110 students attend the ballet academy, founded in the 18th century by Empress Marie-Thérèse. They perform every year at the famous Vienna Opera Ball.

The Paris Opera Ballet is in transition. When Rudolf Nureyev’s production of Swan Lake was last seen in 2011, the injury-ridden race and exhausted corps de ballet seemed to signal that the company was losing speed and faith in the classical repertoire. Four years later, under Benjamin Millepied, the lake looks much happier, with new […]

The Joyce Theater Foundation (Linda Shelton, Executive Director) joins the worldwide celebration of the 250th anniversary of Beethoven’s birth with its presentation of The Three Great Fugues, featuring three interpretations of the composer’s complex “Grosse Fuge” by a trio of pioneering choreographers – Lucinda Childs, Anne Teresa de Keersmaeker and Maguy Marin – danced by […]

A Shining Star at the Paris Opera Ballet

Ms. Gillot’s first choreographic attempts were in collaboration with her boyfriend at the time, Jiri Bubenicek, principal of the Czech-born Dresden Opera Ballet. After some success with these pieces at festivals and galas, Olivier Meyer, director of the Théâtre de Surènes (and husband of Mrs. Lefèvre), invited her to create a piece for a group […]